Traditional headdresses of the Arabian world

Traditional headdresses of the Arabian world

by sofiya
One of the most widespread male headdresses is called “keffiyeh” (kuffiyah, kaffia, etc.). The man on the photo below is wearing the traditional Arab keffiyeh scarf with the agal.
It is a traditional Middle Eastern male headdress – square headscarf, usually made from cotton. The color is usually white or checkered. There are different ways of draping the keffiyeh. But two of them are the most common. The headscarf can be held in place by an ornate headband called “agal” (a special black cord). Another technique of wearing the keffiyeh is to wrap the corners of the scarf around the head and tie to keep the whole thing in place. For the latter method, you don’t need aghals. The other names for this headgear are gutrah, guthra, ghutrah, shemagh, ḥaṭṭah, mashadah, chafiye, cemedanî, etc. 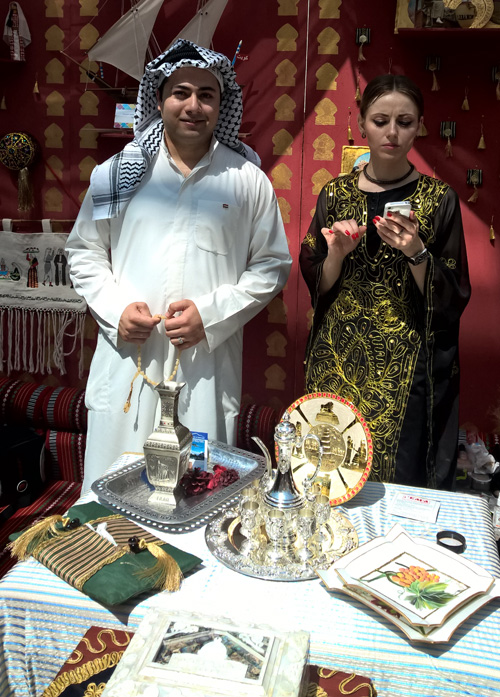