African clothing is the traditional clothing, often vibrantly coloured, worn by the people of Africa. In some instances these traditional garments have been replaced by western clothing introduced by European colonialists.

In Northeastern Africa, particularly in Egypt, styles of traditional dress have been influenced by Middle Eastern culture, this can be exemplified by the simply embroidered Jelabiya which are similarly worn in the Gulf states. The Northwest Africans are less influenced by foreign elements and have remained more in antiquity. The Djellaba (worn in Northwest Africa) shares similar properties with the Grand boubou, the Dashiki, and the Senegalese kaftan. in Nigeria women were head ties In Sahelian Africa, the dashiki, Senegalese kaftan, and the grand boubou are worn more prominently, though not exclusively (the Bògòlanfini, for instance, is worn in Mali). The dashiki is highly stylized and is rendered with an ornate V-shaped collar. In contrast the grand boubou is simpler, even more so than the djellaba, though the color designs reach impressive proportions, especially among the Tuareg, who are known for their beautifully dyed indigo robes.

In East Africa, the kanzu is the traditional dress worn by Swahili speaking men. Women wear the kanga and the Gomesi. 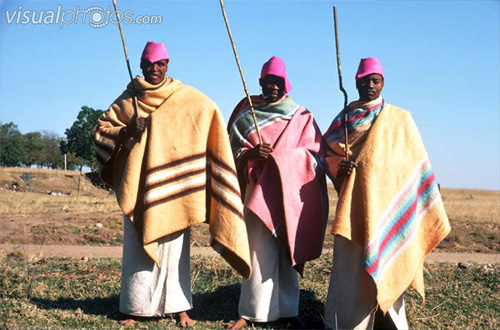 African traditional Mud cloth. Men’s clothing made from Mud cloth or bògòlanfini.
It originates from Mali (Western Africa) and is hand-woven and dyed with fermented mud. In traditional Malian culture, the male bògòlanfini is worn by hunters, serving as camouflage, as ritual protection, and as a badge of status. 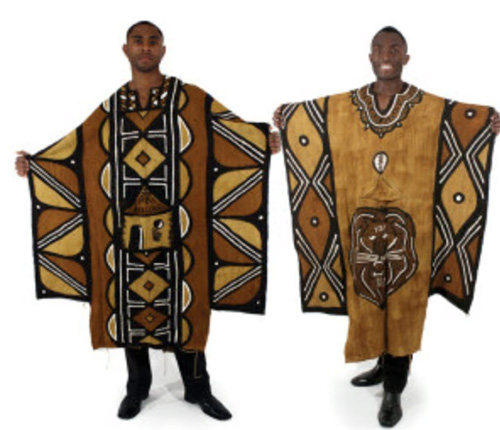 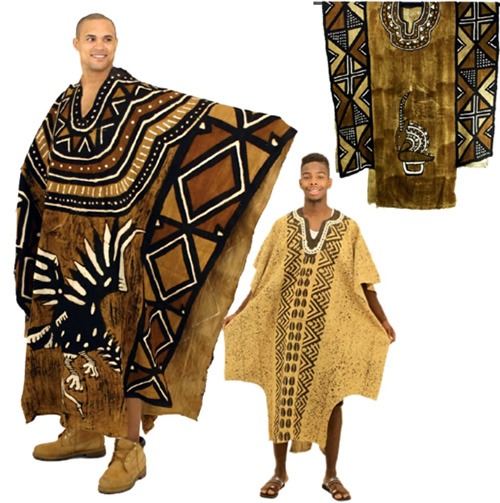 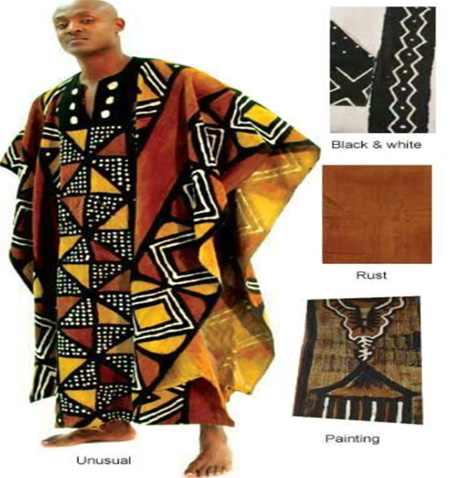 Women’s Herero dress and unique headgear. The national outfit of African ethnic group Herero people who live in Namibia, Botswana, and Angola. The headdress symbolizes cow horns – Herero traditionally are farmers who make a living on livestock. That’s why their animals play a very important role in their lives and are considered sacred. 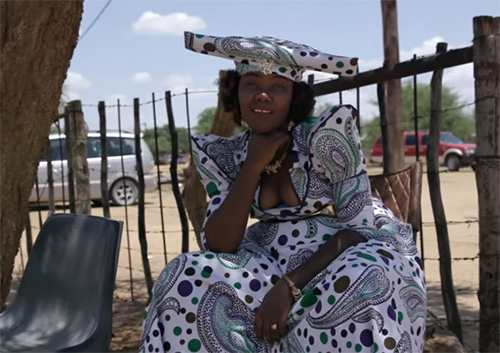 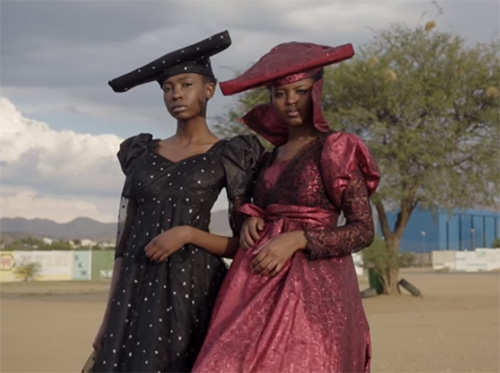 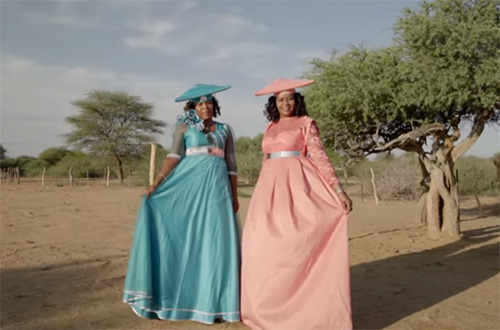