A sari, saree or shari is a South Asian female garment that consists of a drape varying from five to nine yards in length and two to four feet in breadth that is typically wrapped around the waist, with one end draped over the shoulder, baring the midriff.
There are more than 80 recorded ways to wear a sari. Fashion designer Shaina NC declared,"I can drape a sari in 54 different styles".

The most common style is for the sari to be wrapped around the waist, with the loose end of the drape to be worn over the shoulder, baring the midriff. However, the sari can be draped in several different styles, though some styles do require a sari of a particular length or form. The French cultural anthropologist and sari researcher Chantal Boulanger categorised sari drapes in the following families:
Nivi – styles originally worn in Andhra Pradesh; besides the modern nivi, there is also the kaccha nivi, where the pleats are passed through the legs and tucked into the waist at the back. This allows free movement while covering the legs.

Gujarati/Rajasthani – after tucking in the pleats similar to the nivi style, the loose end is taken from the back, draped across the right shoulder, and pulled across to be secured in the back 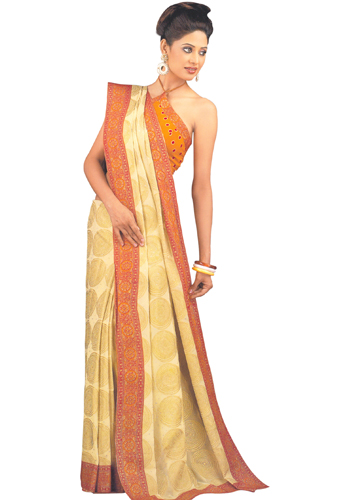 Maharashtrian/Konkani/Kashta; this drape is very similar to that of the male Maharashtrian dhoti. The center of the sari (held lengthwise) is placed at the center back, the ends are brought forward and tied securely, then the two ends are wrapped around the legs. When worn as a sari, an extra-long cloth of nine yards is used and the ends are then passed up over the shoulders and the upper body. They are primarily worn by Brahmin women of Maharashtra, Karnataka, Andhra Pradesh and Goa. 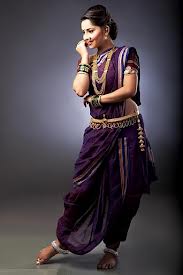 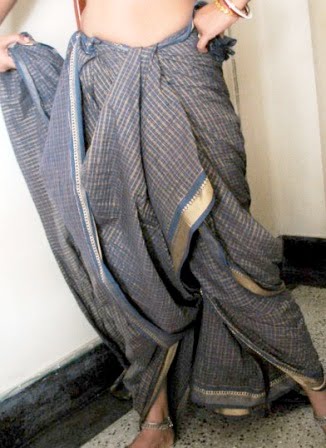 Kodagu style – this drape is confined to ladies hailing from the Kodagu district of Karnataka. In this style, the pleats are created in the rear, instead of the front. The loose end of the sari is draped back-to-front over the right shoulder, and is pinned to the rest of the sari.

Gobbe Seere – This style is worn by women in the Malnad or Sahyadri and central region of Karnataka. It is worn with 18 molas saree with three four rounds at the waist and a knot after crisscrossing over shoulders.

Gond – sari styles found in many parts of Central India. The cloth is first draped over the left shoulder, then arranged to cover the body.

Malayali style – the two-piece sari, or Mundum Neryathum, worn in Kerala. Usually made of unbleached cotton and decorated with gold or coloured stripes and/or borders. Also the Set-saree, a sort of mundum neryathum. 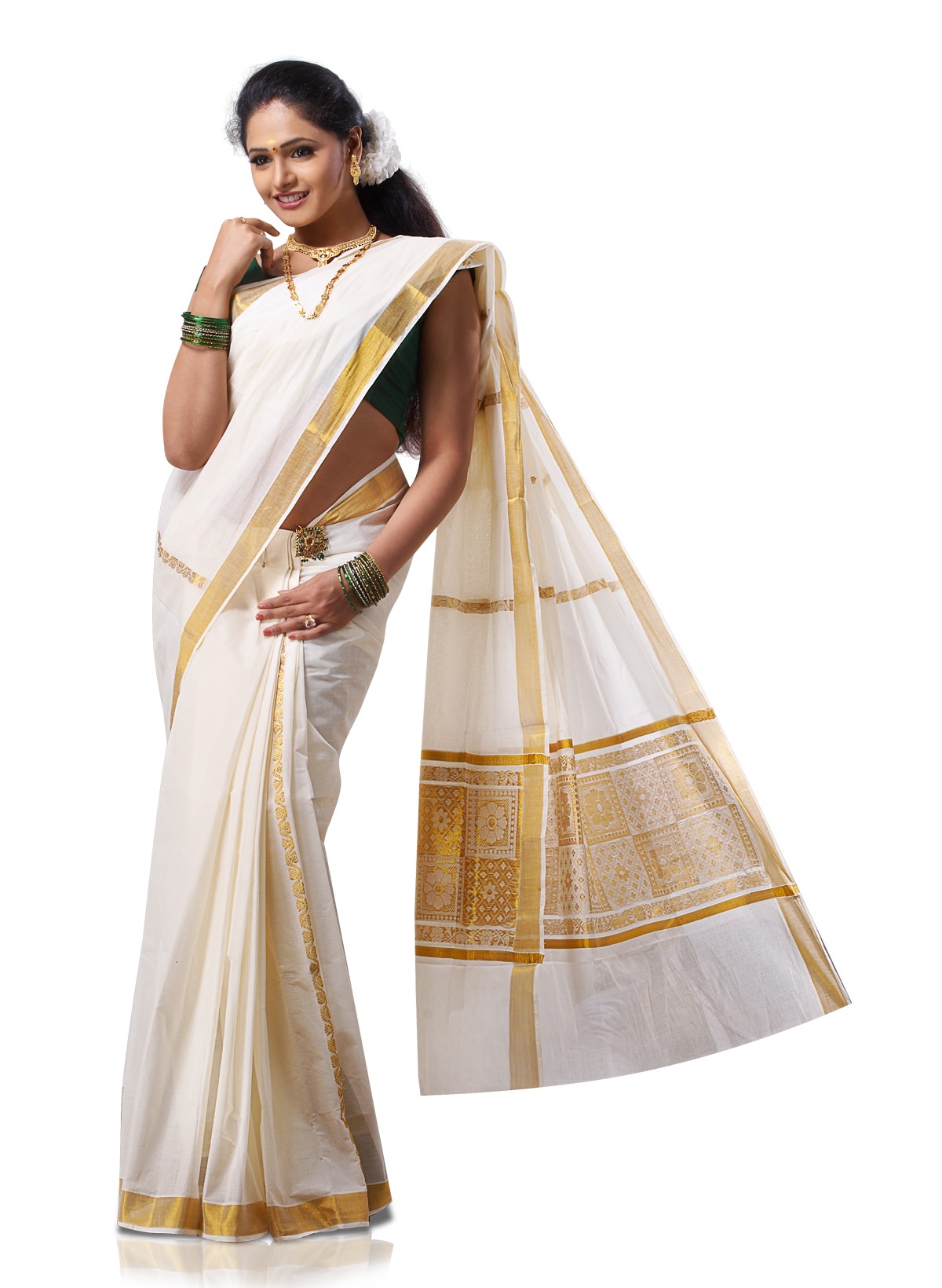 Tribal styles – often secured by tying them firmly across the chest, covering the breasts. 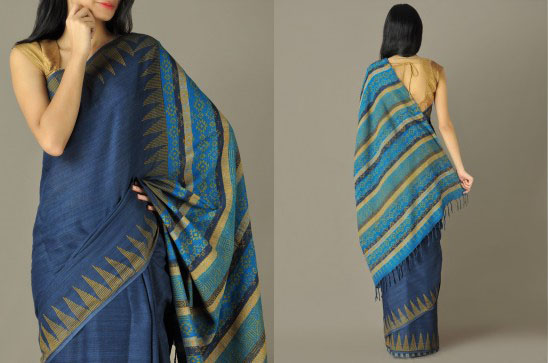 Kunbi style or denthli:Goan Gauda and Kunbis,and those of them who have migrated to other states use this way of draping Sari or Kappad,this form of draping is created by tying a knot in the fabric below the shoulder and a strip of cloth which crossed the left shoulder was fasten on the back. 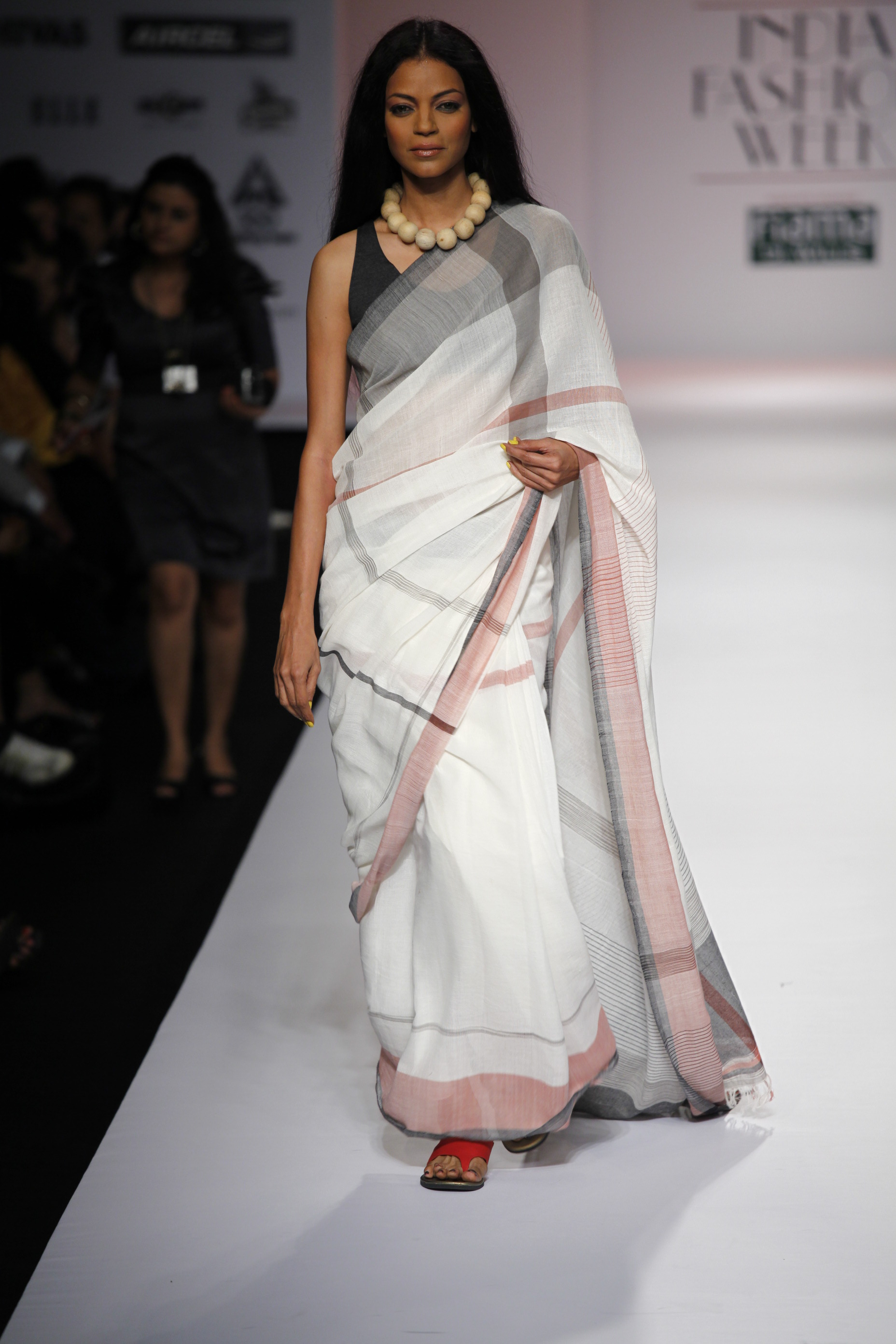