There are many countries around the world whose national attire includes weapon. Usually knives, daggers, swords and similar cutting tools are used as a “dress knife” – traditional costume accessory.
Such countries as Scotland, Japan, Turkey, Finland and many others have a long and interesting history of using dress knives.

For example, here are several antique Tanto swords from Japan (15-16th century). Such swords were used as a part of Samurai costume. These particular tanto swords are a part of private collection “Feldman Family Museum”. 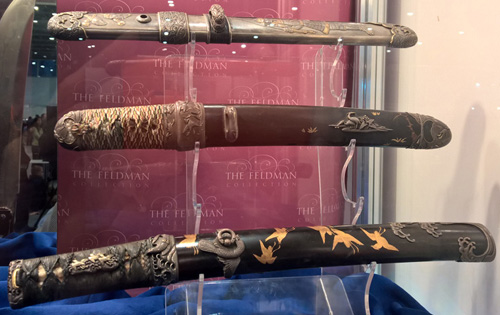 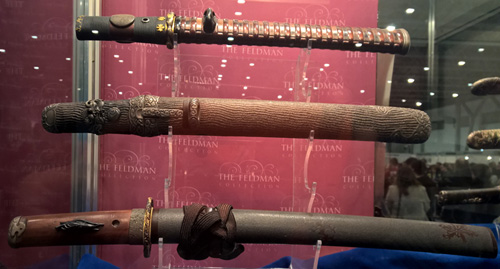 This dagger is also a national costume accessory. It is from Azerbaijan. Is worn by men and sometimes by women, too. I think it’s beautiful. 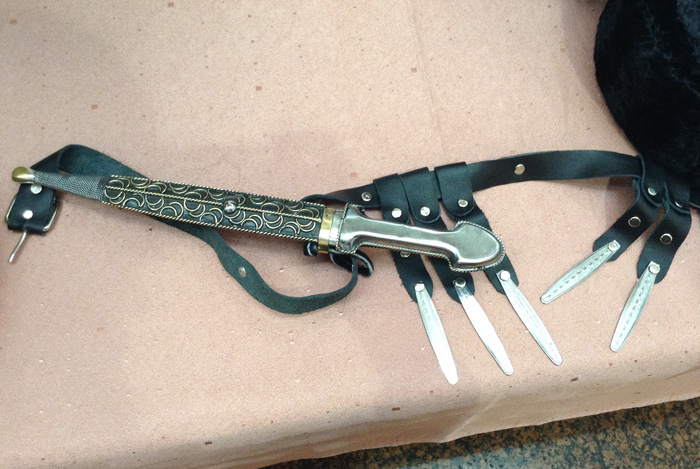 Sgian-dubh as a dress knife, a part of the traditional attire of Scotland. Sgian-dubh is a small, single-edged knife. It is used in Scotland since the end of 18th century. Scottish people began to carry sgian-dubh as it was small and convenient but still could perform its functions. So, it became a full-fledged part of Scottish national costume.
It is carried by men in the stockings – tucked into the top of the kilt hose with only the upper portion of the hilt visible. It can be worn either in the right hose or in the left, depending on whether the wearer is right or left-handed.
The length of sgian-dubh is 9-10 cm (3,5-4 inch). These knives often are richly ornate (Scottish people didn't actually believe in paper money, so they invested in personal wearing apparel, including knives). The hilts are often made from expensive wood or horn, with carving, silver elements, and inlaid with precious stones. The sheaths can be made of leather or today even plastic with metal fittings.
Sgian-dubh is legal in Scotland, England and Wales. But still at some events, nowadays knives are banned. In this case, men use dummy knives to complement the costume, because they consider their garment incomplete without the sgian-dubh.

To learn more about dress knives as a part of national costume in Northern Europe read this article: http://nationalclothing.org/europe/52-w ... urope.html

Native Americans have traditional weapon, too. They used tomahawks (hatchets), always carried it with them. I guess, you can call the tomahawk the Native American “dress knife” of sorts. It is a part of the national costumes of tribes, a very important part. Sometimes tomahawks are beautiful but they can be intimidating. 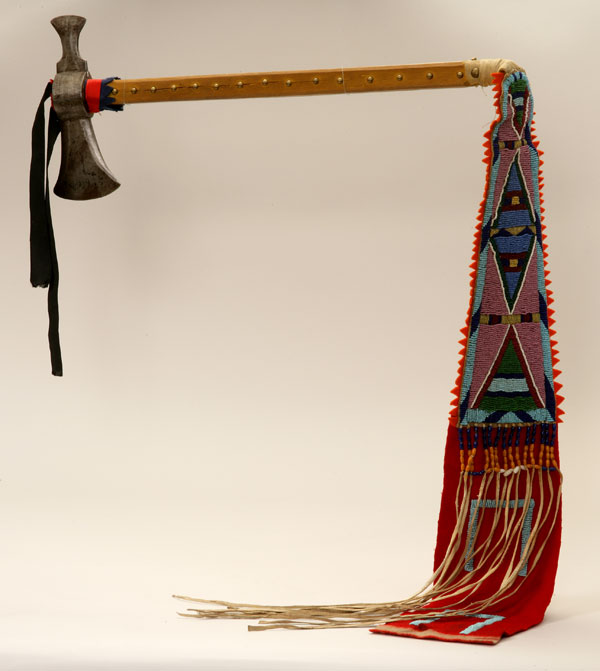 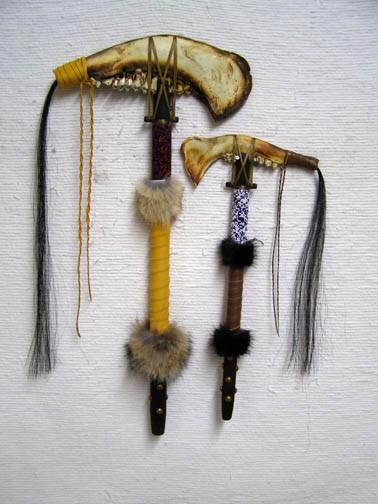 Cute women's sewing sets can be a part of the traditional costume in some countries (e.g. Sweden, Finland, etc.). The set usually consists of a small knife, a thimble, and a needlecase. The sewing set is attached to a belt of the outfit as a practical decoration of a female national costume. Ancient sets are made from wood, bone, leather, and other natural materials. 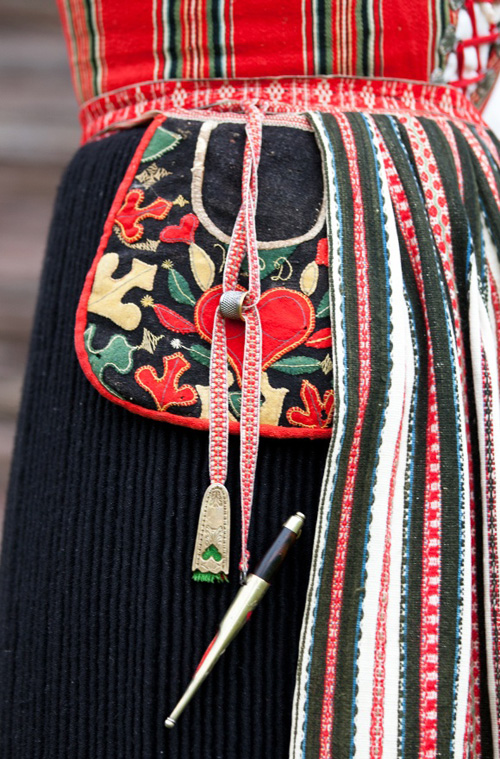 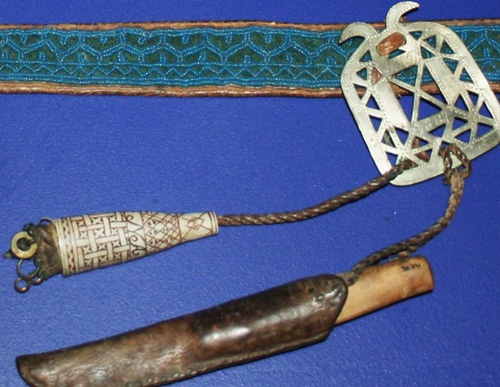 Dress knives and other cold weapons are also widely used in North and South America. Such accessories are popular among the Native American Indians, and in such countries as Argentina, Uruguay, and Brazil. The Native Americans use knives and tomahawks as an important part of the traditional costume. The gauchos (local cowboys in Latin America) use gaucho knives: facón, daga, puñal, and cuchilla.

To find out more about the mentioned dress knives, please, read this article: Dress knives as a part of national costume. North and South America (http://nationalclothing.org/154-dress-k ... erica.html). 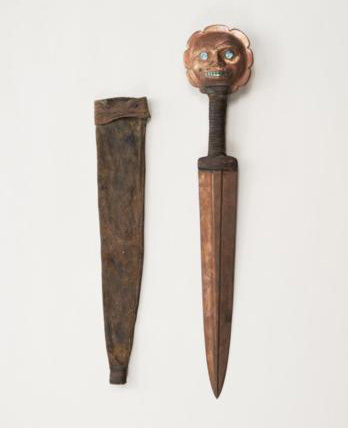 Argentinian facón. The traditional way of wearing a facón by gauchos 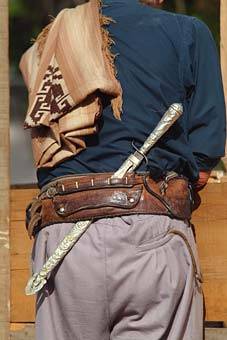 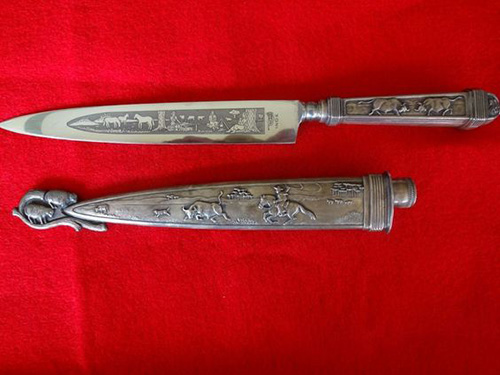