The women in Polissya (woodland) region of Ukraine traditionally use a very interesting and extraordinary headdress. It is called “namitka”. It is a very long piece of homespun cloth with embroidered ends. There are dozens of ways to drape the namitka, according to the district, desire of a woman, her mood, her family traditions, and so on. But each and every way is impressive. 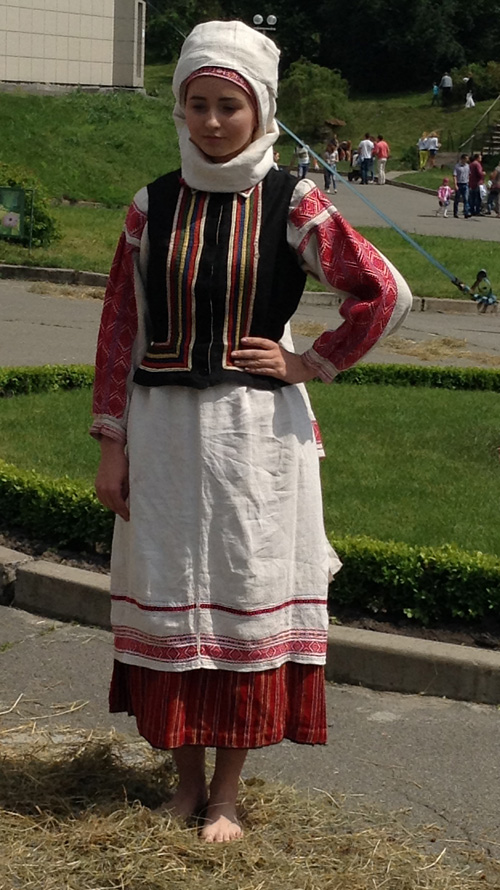 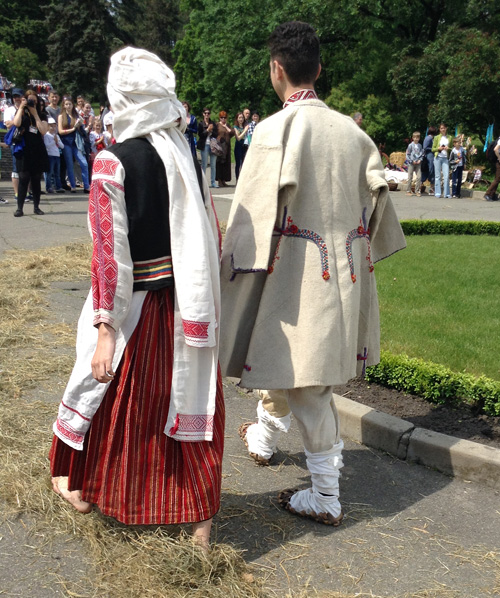 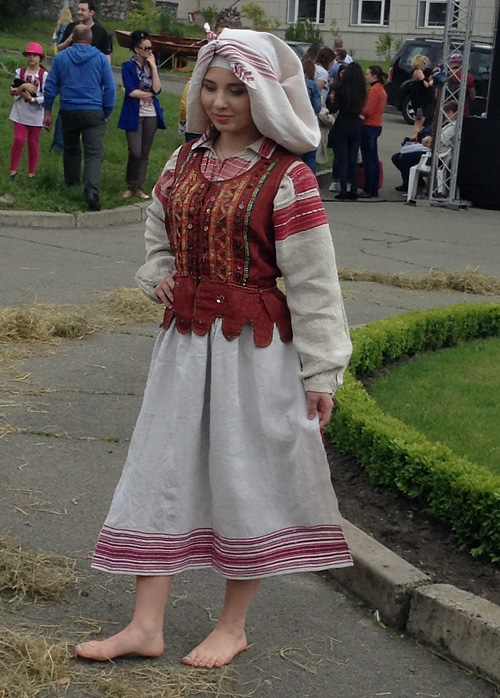 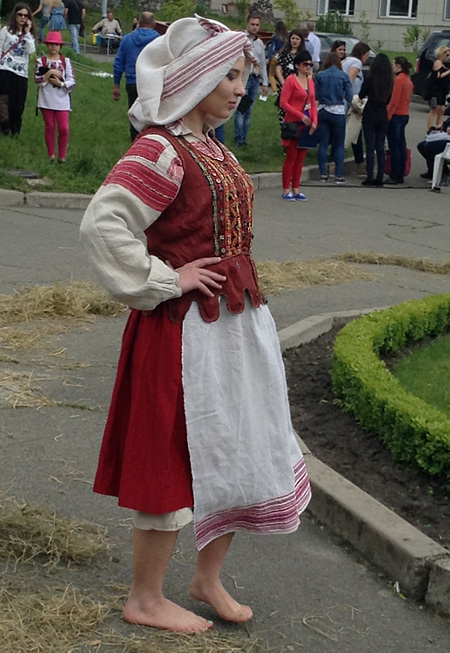 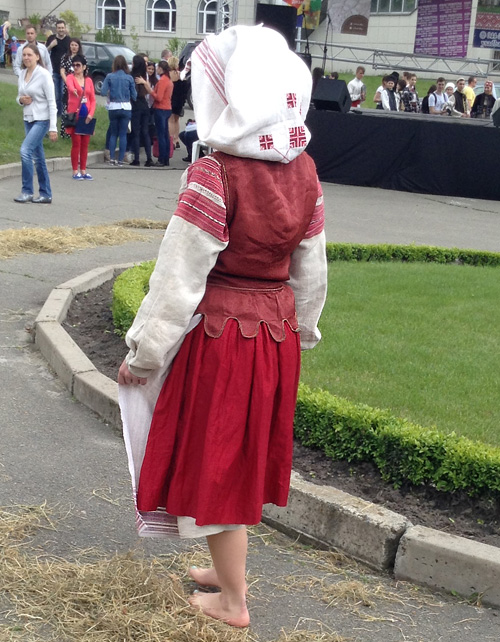 Traditional costume of a married woman from Rivne region, north-western part of Ukraine (also called “Polissia”). It consists of an underwear shirt, a shirt, a dress, an apron, a woven belt, a bonnet, a headdress called “namitka”, and necklaces. The attire is made from very thin linen called “serpanok”.

The headdress is very interesting. It is a long piece of cloth wrapped around the head. Such headgears are traditional for Polissia area. But the way of draping it is unusual – it is tied so that the fabric forms 2 original loops called “ears”. The red embellishments on the namitka are woven, not embroidered as usual. That’s because serpanok is a very delicate fabric, and it’s almost impossible to make hand embroidered patterns on it (only several craftswomen in Ukraine can do that). 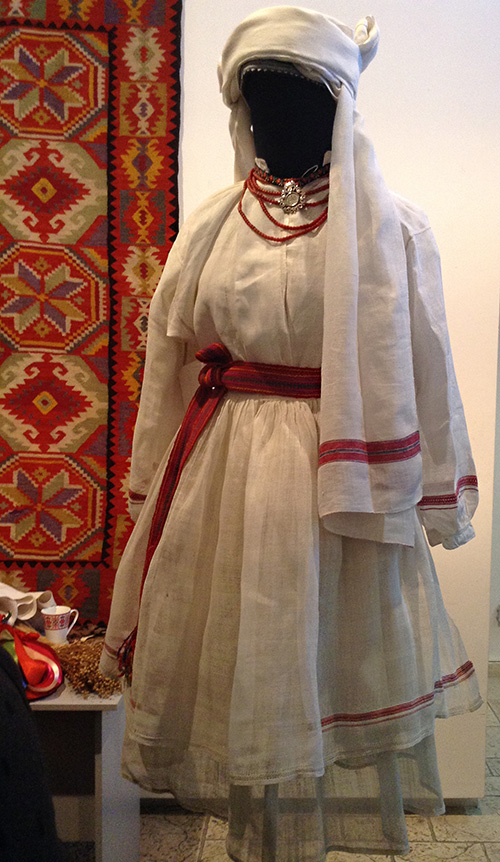 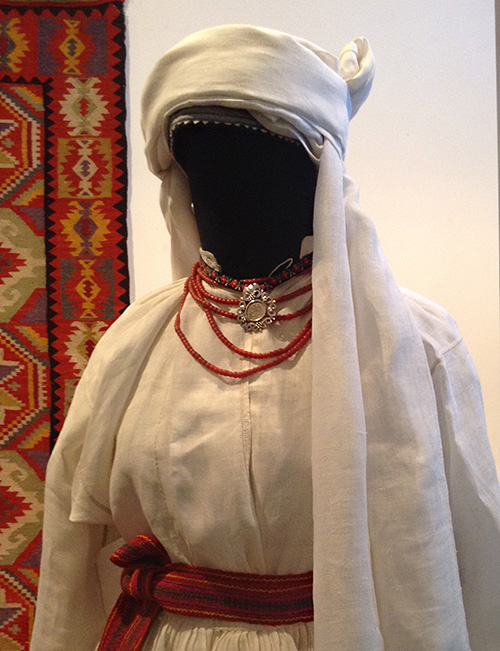