Cossacks are Ukrainian warriors that lived on the territory of modern Ukraine, Russia, and Poland in the 15th-19th centuries. There were mostly men in their semi-military communities. Their traditional outfit consisted of a shirt (often the national Ukrainian embroidered shirt called “vyshyvanka”), very wide trousers called “sharovary”, a woolen above-the-knee-length outerwear called “zhupan”, a wide sash, leather boots, a sheepskin hat, and weapons. The main weapon of Cossacks is a saber. 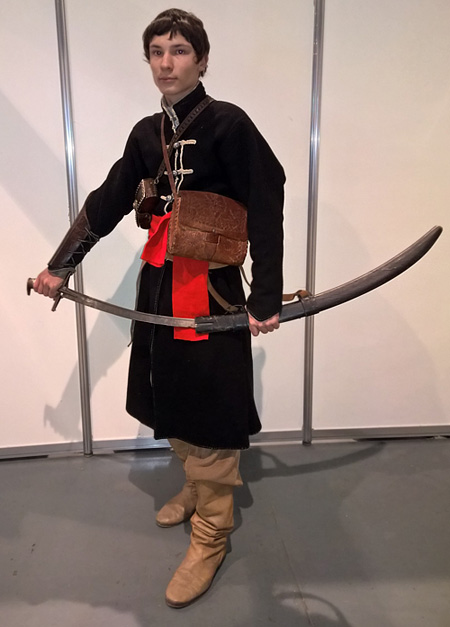 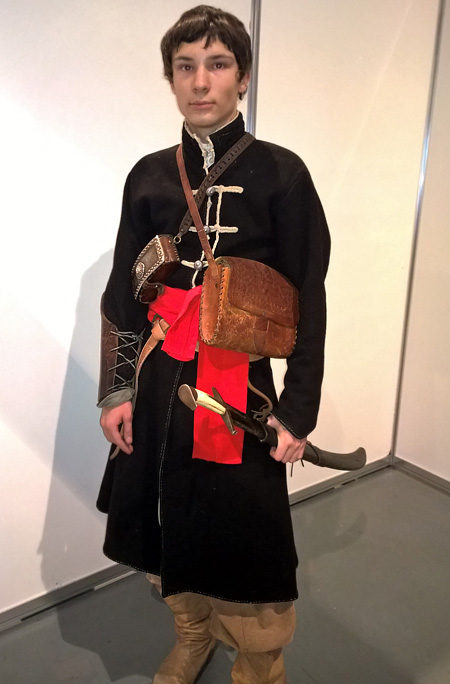 Re: Traditional outfit of Ukrainian Cossack (the 17th century)

Costume of wealthy Cossack, Ukraine, the 16th century – modern replica. His outerwear is made of red fabric (which was expensive at the time) and has a long row of buttons. The hat is trimmed with fur. A lot of items are hung on the belt, as was traditional for that period. 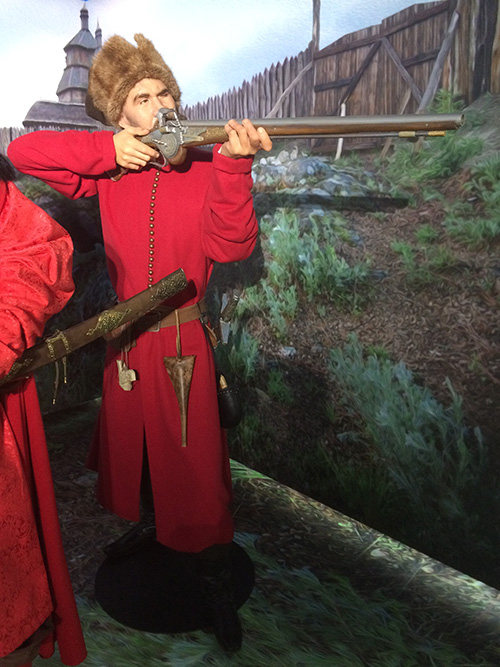 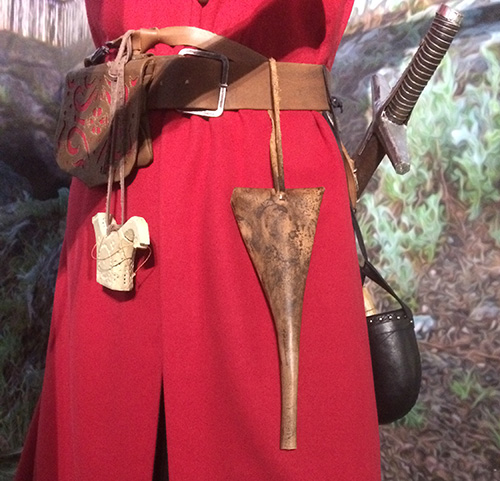 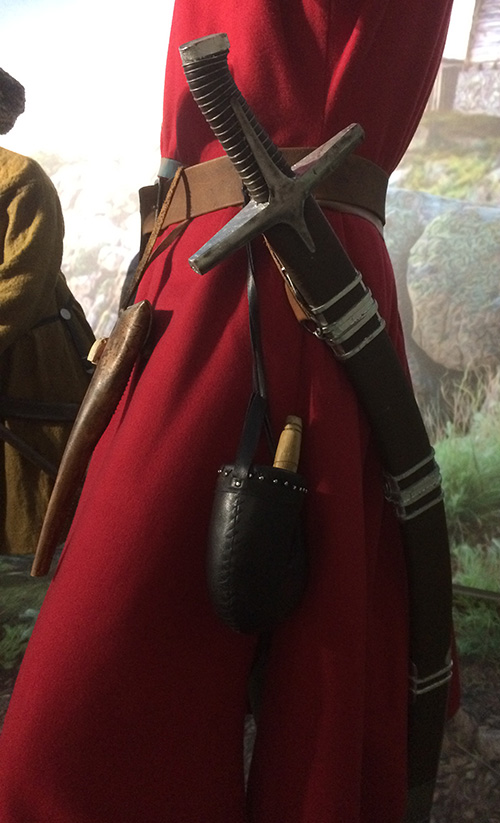 Re: Traditional outfit of Ukrainian Cossack (the 17th century)

Wax figure of Ukrainian Cossack from the 17th century. The clothing is accurate modern replicas of authentic pieces. His garments are not only red and burgundy (most expensive color of the fabric), but they are also sewn from costly fabrics, like velvet and brocade. His hat is trimmed with fur – also a high-status detail. The figure is holding a ceremonial mace, the symbol of power in Ukraine, Poland, Turkey, and some other countries. You can also see his saber in a simple but elegant scabbard. 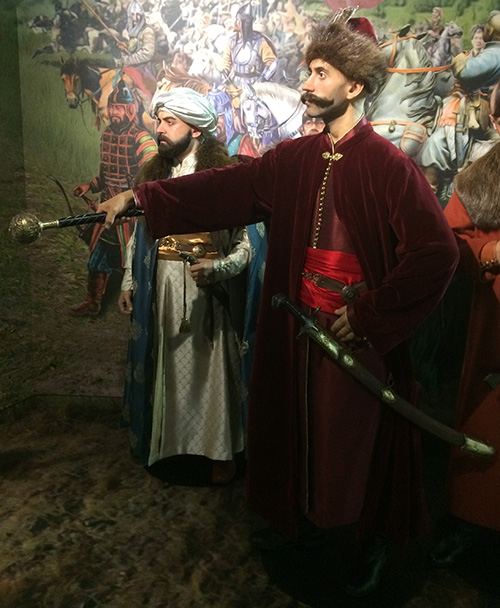 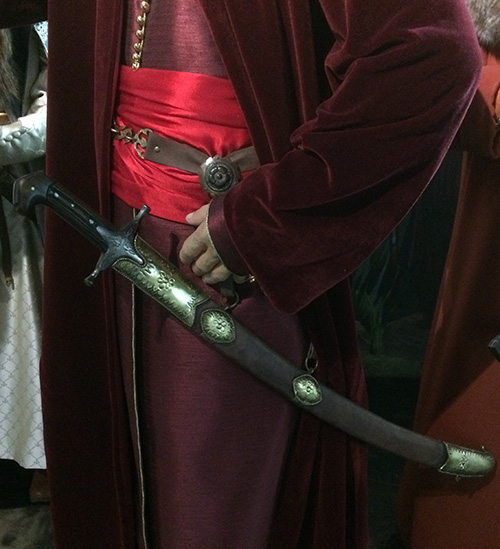