Women in the folk costumes of Croatia, Bizovac area. The traditional clothing of this region differs from the folk costumes of other areas of the country. These outfits are unique and well-known in Croatia and outside the country. The peculiar features of the costumes are short and very puffy skirts (there are several layers of petticoats), special embroidery technique called “Šlingoće” used to make Bizovac traditional clothing, stiffened and richly pleated ruff called “reklja” used as a collar, colorful woolen stockings called “bobane”, and slippers embroidered with gold threads. 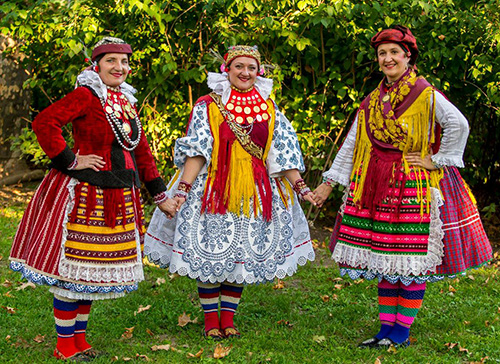 Beautiful costumes and so detailed. I actually visited Osijek a couple of years ago, which is a 20 minute drive from Bizovac.
Top
Post Reply
2 posts • Page 1 of 1