Women’s folk costume of Dominica (the Caribbean). It is called “jip”. Basically, it consists of a white blouse with open neck and a lot of frills and a skirt made from madras cloth. The skirt called “jupe” is often worn over an ankle-length petticoat called “jupon”.
The headdress of Dominica is a unique item. The number of peaks on the headpiece holds a specific symbolism – they show the availability of this particular woman. For example, one or four peaks mean that you can ask her on a date, while three peaks mean that she is in a relationship. 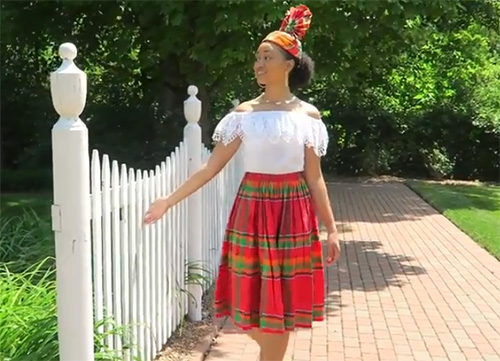 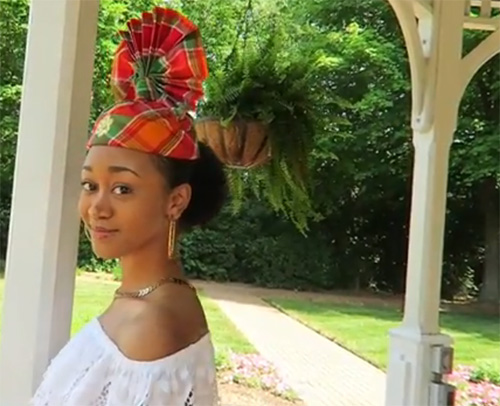