Add here your opinion, experience, and knowledge about the crafts connected to the traditional costumes of various countries and ethnic groups. Embroidery, weaving, applique, knitting, quilting, openwork, tie-dye, braiding, leathercraft, etc. Don’t forget about the photos to visualize your story.

Lefkaritikon lace – delicate traditional embroidery on Cyprus. Lacemaking is one of the Cypriot folk crafts. 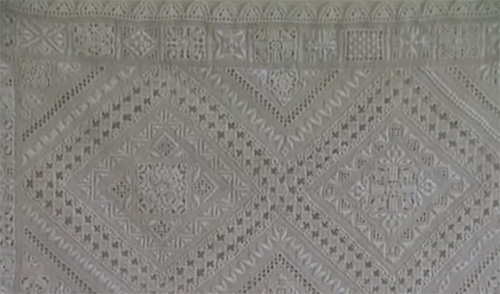 Croatian Pag needlepoint lace. It is produced in Pag, the main town of the Island of Pag. The needlepoint lace of Pag was originally applied on traditional folk costumes – at the front of the female chemise and on the rim of the headgear. The production technique is characterized by the initial particular and strict geometrical patterns. The application of the Pag lace changed over time. It started as trimming on traditional female linen clothing and became later an element of interior decoration of bourgeois houses.
The production of the Pag needlepoint lace requires a small, tightly stuffed semicircular pillow, a needle, and white thread, as well as steady and immaculately clean hands. The pattern, on which small holes trace the contours of the foundation, is fastened to the pillow.
Patterns always follow straight geometric forms. Small hollow or full circles, larger circles, triangles, leaves, rhombus, rosettes, zigzag lines, edged by obligatory small circles, etc. 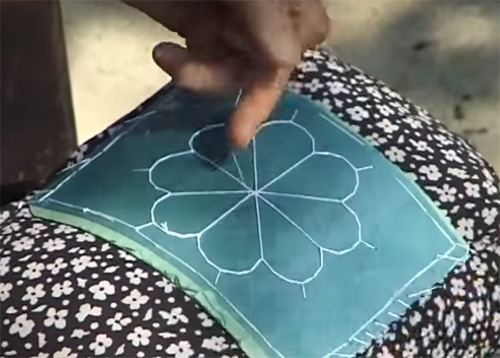 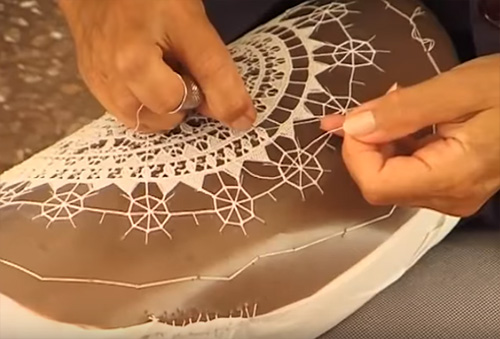 First Holy Communion wallets, France, the 19th century. These items are so cute. They are adorned with lace, ribbon, beads, and cording. 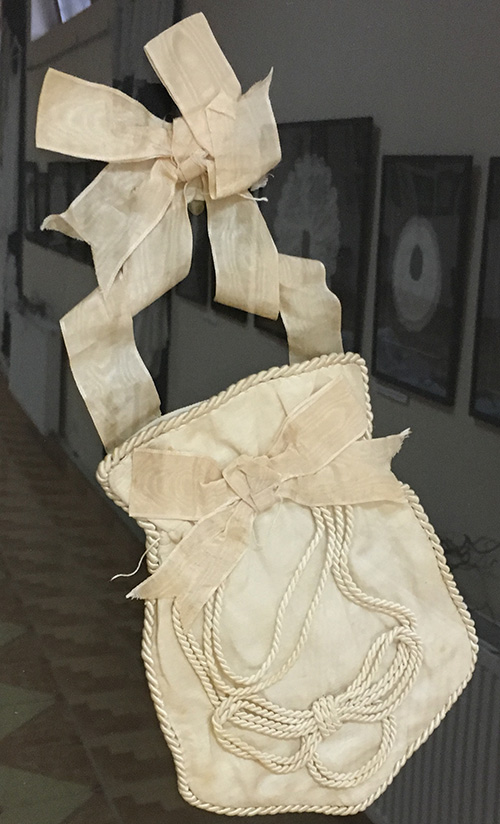 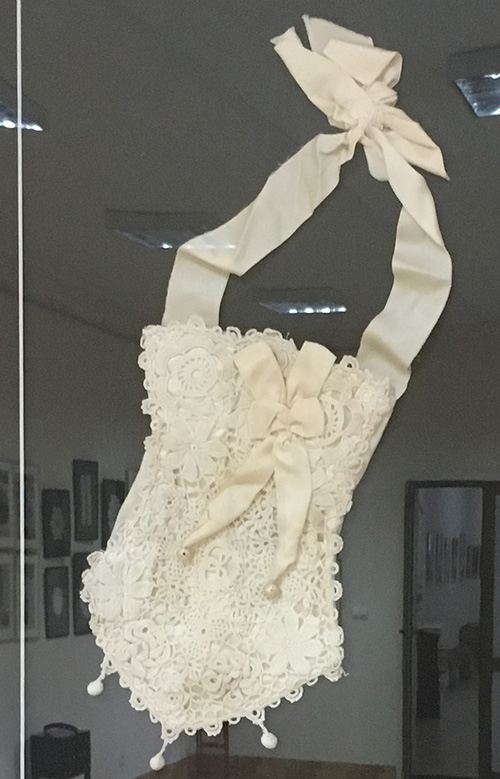 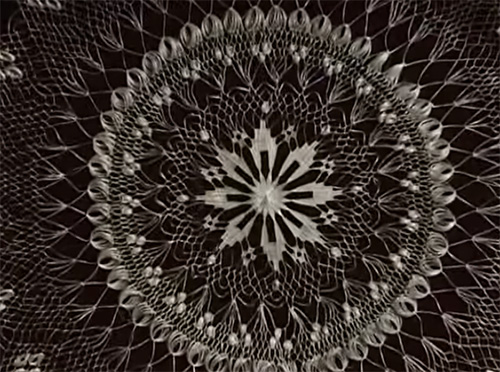 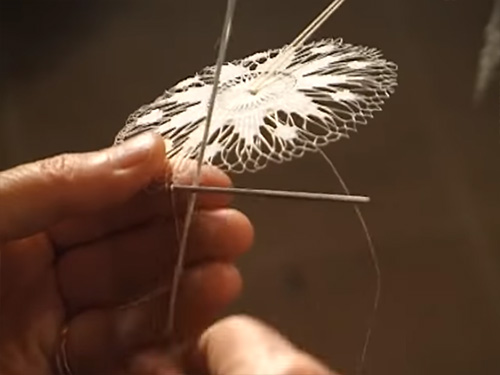 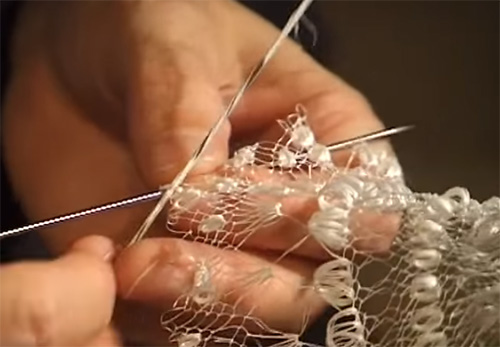