Folk belts and sashes in Ukraine

Folk belts and sashes in Ukraine

Hutsul leather belts called “cheres”
In the Carpathian region of Ukraine, people traditionally wore leather belts, often ornate, beautifully adorned, and very skillfully made. A very wide leather belt is called “cheres”. It was made from thick ox leather folded up twice. The width of it could be up to 20-45 cm (8-18 inches) and it could have 1-6 belt buckles.
It had several purposes, one of which was to store money during the trip. Other small objects could be attached to it (knife, pipe, fire striker, etc.).
Also, it served as back support. In the Carpathian area, people often worked in logging and other heavy lifting jobs.
Cheres was even used as body armor by local warriors and fighters. They sewn coins to the inside of the leather belt and bullets ricocheted from such armor. It could protect from knives and daggers easily.
Cheres belts were usually beautifully and richly decorated – with embroidery, stamping, applique, brass (or other alloys) elements, beading, etc. The buckles also were mostly brass and adorned with patterns. 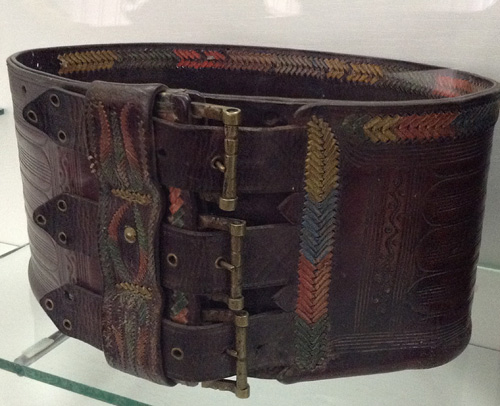 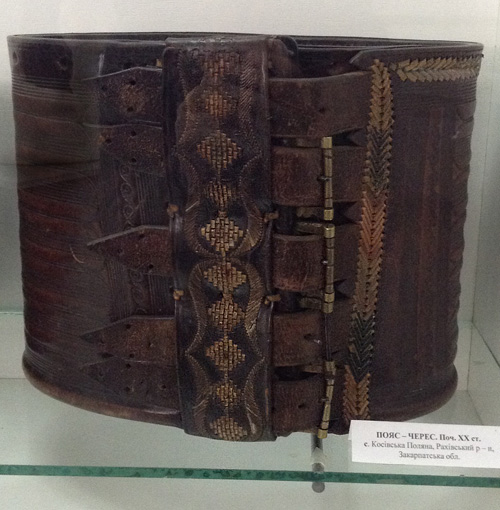 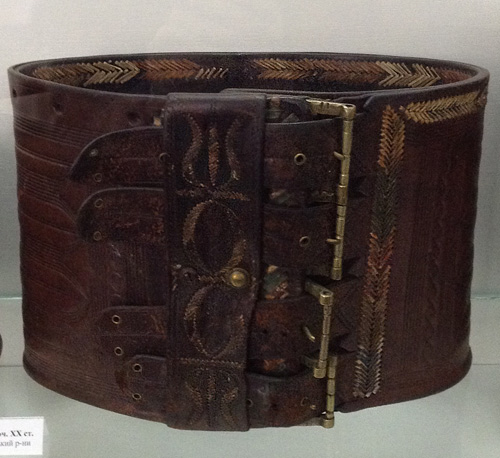 Re: Folk belts and sashes in Ukraine

Charming richly embellished leather belt from western Ukraine. Kosiv district, Ivano-Frankivsk region of Ukraine, the early 20th century. The most extraordinary thing in this vintage piece is the belt buckle with stamped patterns on metal. 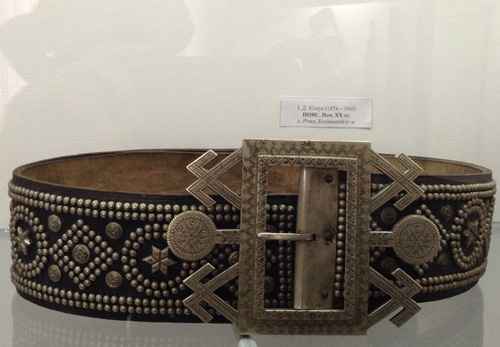 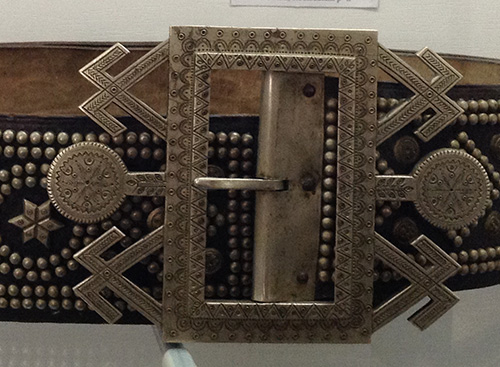